ApologeticWhat Do You Believe Podcast

My Apologetic Method, Rules for Debate & The Argument from Certainty

It is my goal in this post to briefly explain my apologetic method, rules of debate and main argument for Christianity.

My apologetic method is “Axiomatic Presuppositionalism.” What I mean by axiomatic is that I believe all beliefs and presuppositions are derived from an axiom (a foundation for all other thoughts). I accept the popular definition of an axiom to be, “a statement of knowledge that is taken to be true that serves as a starting point in philosophical and religious discourse.”

My Axiom: The Protestant Bible (sixty-six books) is the Word of God and is the foundation for all truth and knowledge.

MY RULES FOR DEBATE

I’ve noticed in philosophical and religious debates most people do not have the same rules. Two debaters who don’t agree upon the same rules are like two people playing two different sports in a game. For example, if one debater thinks he or she is playing soccer (a sport in which you cannot use your hands to score) they’ll keep kicking the ball to score, whereas, if the other debater believes the game is basketball they’ll keep using their hands to shoot the ball and score points. Hence, the feeling most people have when watching people debate- confusion and too much talking past each other.

THE ARGUMENT FROM CERTAINTY

The argument from certainty for Christianity (as stated above with the Bible as my axiom and my six presuppositions) is as follows:

Premise 1: If Christianity is not true, nothing in life can be known with certainty.

I believe that there are different levels of certainty with each different level of knowledge; and I affirm that not everything we hold as knowledge can be certain, thus it should be considered opinion.

Please note the following knowledge categories in regards to their level of certainty:

THE UNION OF EPISTEMOLOGY & ONTOLOGY

I believe that it is impossible to separate one’s epistemology (how one gains knowledge) from one’s ontology (what knowledge is). Without first establishing one’s view of existence (ontology), one cannot properly gain knowledge (epistemology).

For example, if someone doesn’t first describe their ability to exist as a knower, nothing they say they know can be considered valid because it could still be possible they don’t exist. Thus, the one engaging in debate over any knowledge claim must have a explanation for knowledge existing and themselves as a knower (ontology). From a proper explanation of ontology they can describe how they gain knowledge (epistemology).

(Note: This does not mean that learning about or understanding ontology must come first in one’s life experience, but it must be described first in a logical sequence when discussing why a person can gain any knowledge. For example, I had to understand how to read and communicate before I could read the Bible, however, the explanation to why I am a reader comes logically before I learned to read because it explains why I could learn to read. 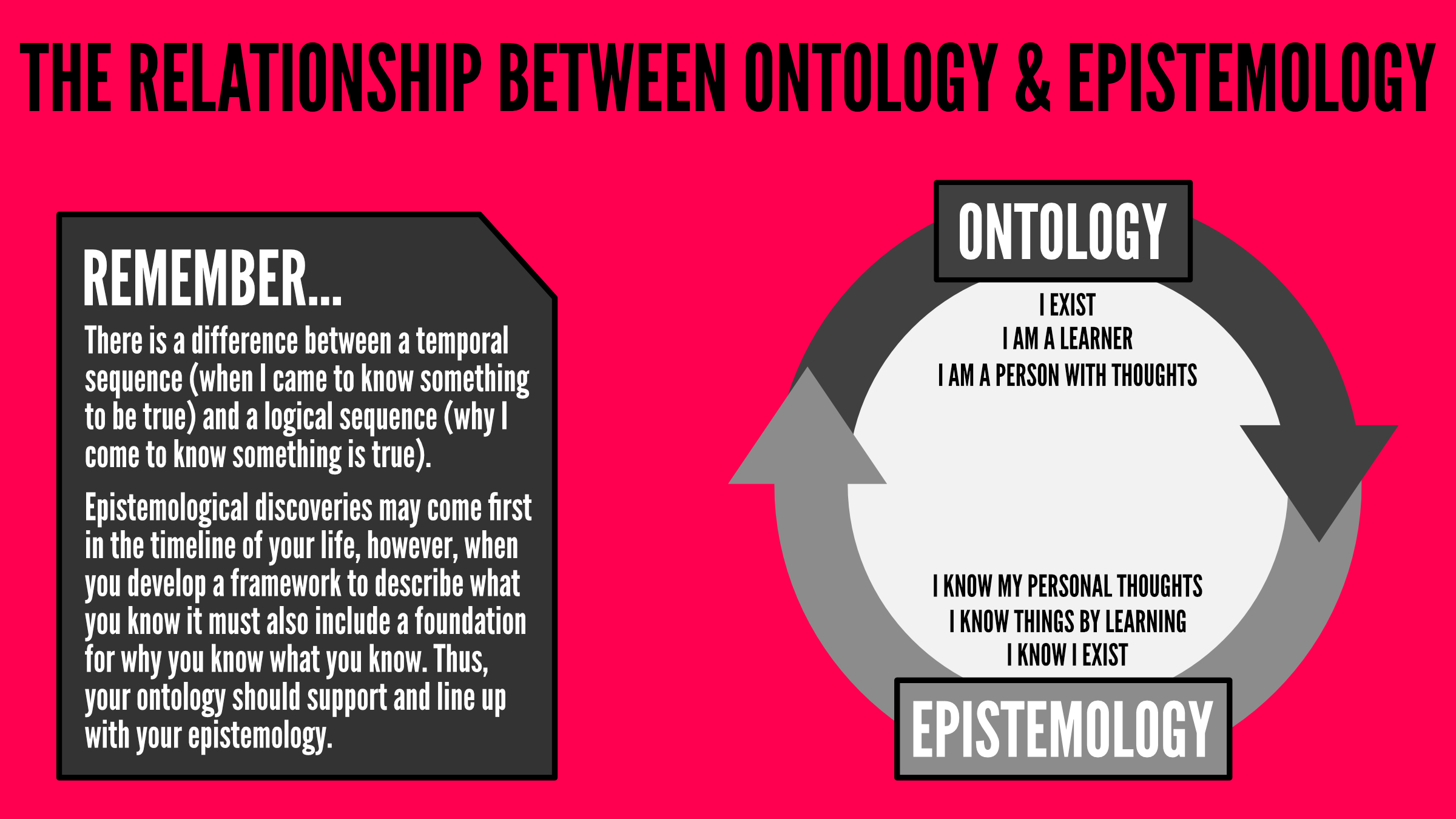 ANSWERS TO OBJECTIONS TO THE ARGUMENT FROM CERTAINTY

Objections from Atheism and Agnostic Beliefs:

Objections from Other Religions:

THE THREE CATEGORIES FOR MOST AXIOMS

It was my aim to give a simple framework for me proceeding forward in debate and discussion with those who oppose Christianity. If you’re a Christian like me who loves apologetics, I pray this post was helpful for you to develop your own personal apologetic method, rules and arguments!

1 Peter 3:15, “But in your hearts revere Christ as Lord. Always be prepared to give an answer to everyone who asks you to give the reason for the hope that you have. But do this with gentleness and respect.”

Previous Article Thrones (Not Games) in the Kingdom of God