We are to honor not only the people in our family but also the family structure that God setup from the beginning. The positions and different roles in a family are not an accident but rather the express representation of God’s image in the universe.

HONOR: To value and respect.

2:19 Now the Lord God had formed out of the ground all the wild animals and all the birds in the sky. He brought them to the man to see what he would name them; and whatever the man called each living creature, that was its name. 20 So the man gave names to all the livestock, the birds in the sky and all the wild animals. But for Adam no suitable helper was found. 21 So the Lord God caused the man to fall into a deep sleep; and while he was sleeping, he took one of the man’s ribs and then closed up the place with flesh. 22 Then the Lord God made a woman from the rib he had taken out of the man, and he brought her to the man. 23 The man said, “This is now bone of my bones and flesh of my flesh; she shall be called ‘woman,’ for she was taken out of man.” 24 That is why a man leaves his father and mother and is united to his wife, and they become one flesh. 25 Adam and his wife were both naked, and they felt no shame.

21 Submit to one another out of reverence for Christ. 22 Wives, submit yourselves to your own husbands as you do to the Lord. 23 For the husband is the head of the wife as Christ is the head of the church, his body, of which he is the Savior. 24 Now as the church submits to Christ, so also wives should submit to their husbands in everything. 25 Husbands, love your wives, just as Christ loved the church and gave himself up for her 26 to make her holy, cleansing her by the washing with water through the word, 27 and to present her to himself as a radiant church, without stain or wrinkle or any other blemish, but holy and blameless. 28 In this same way, husbands ought to love their wives as their own bodies. He who loves his wife loves himself. 29 After all, no one ever hated their own body, but they feed and care for their body, just as Christ does the church— 30 for we are members of his body. 31 “For this reason a man will leave his father and mother and be united to his wife, and the two will become one flesh.” 32 This is a profound mystery—but I am talking about Christ and the church. 33 However, each one of you also must love his wife as he loves himself, and the wife must respect her husband. 6:1 Children, obey your parents in the Lord, for this is right. 2 “Honor your father and mother”—which is the first commandment with a promise— 3 “so that it may go well with you and that you may enjoy long life on the earth.” 4 Fathers, do not exasperate your children; instead, bring them up in the training and instruction of the Lord.

8 Jesus replied, “Moses permitted you to divorce your wives because your hearts were hard. But it was not this way from the beginning. 9 I tell you that anyone who divorces his wife, except for sexual immorality, and marries another woman commits adultery.” 10 The disciples said to him, “If this is the situation between a husband and wife, it is better not to marry.” 11 Jesus replied, “Not everyone can accept this word, but only those to whom it has been given. 12 For there are eunuchs who were born that way, and there are eunuchs who have been made eunuchs by others—and there are those who choose to live like eunuchs for the sake of the kingdom of heaven. The one who can accept this should accept it.” (1 Corinthians 7:1-40) 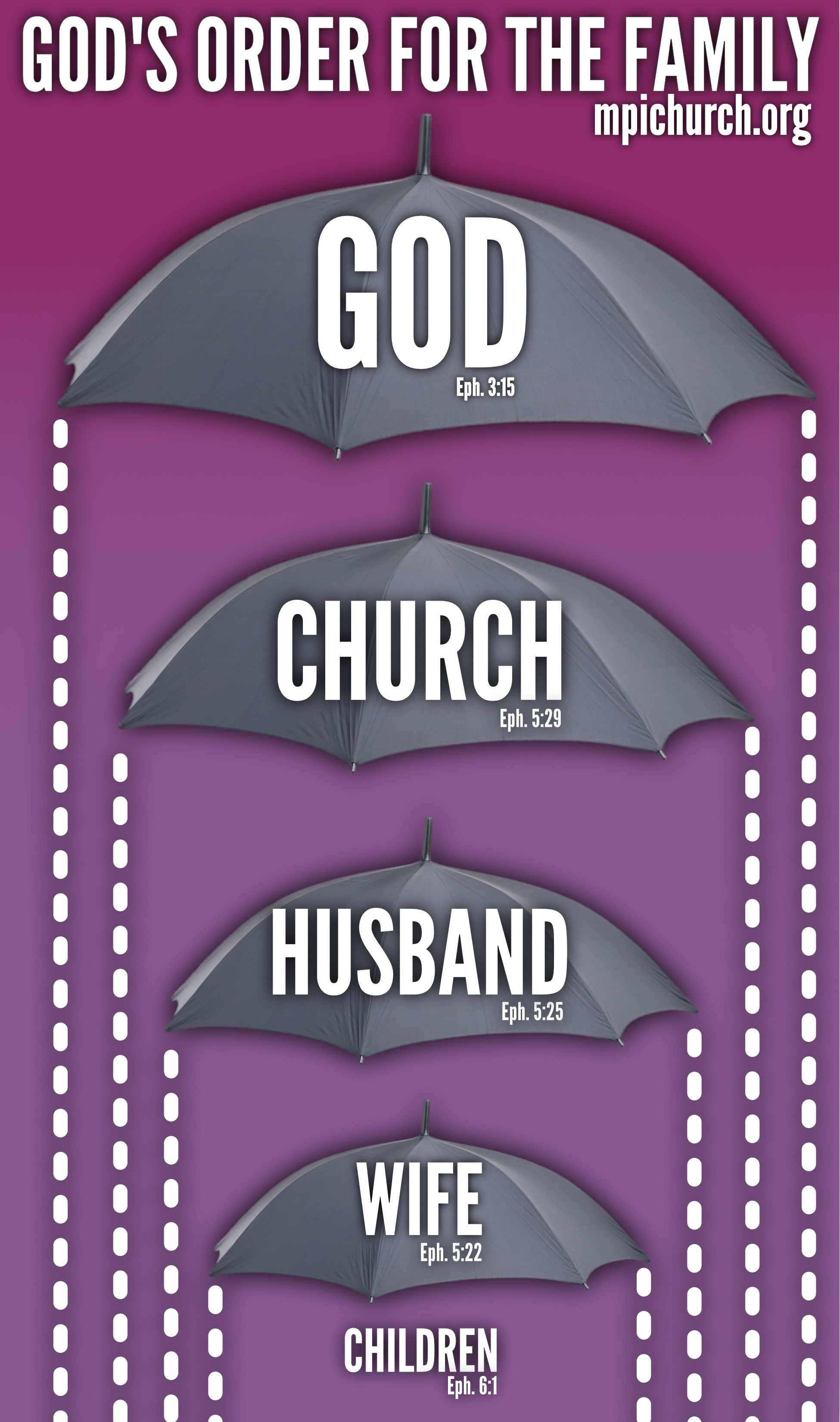 When we honor God’s design for the family, we will reflect His image upon the earth to everyone around us!